Ever since Pirates of the Caribbean sailed into our lives in 2003. People have had a love affair with pirates. After we saw the film I remember my daughter and I scouring book shops to find literature on real life pirates. We ended up getting a pop up book which had quite a lot of gruesome facts – perfect for a little pirate.

Fast forward a few years and Ubisoft launched Assassin’s Creed 4: Black Flag. The game was like any of the Assassin’s Creed series. But was about a pirate. The game featured great sea battles, whaling and the ability to teach your crew sea shanties. The naval portions were so successful, that they even carried them over to the most recent Creed – Origins. 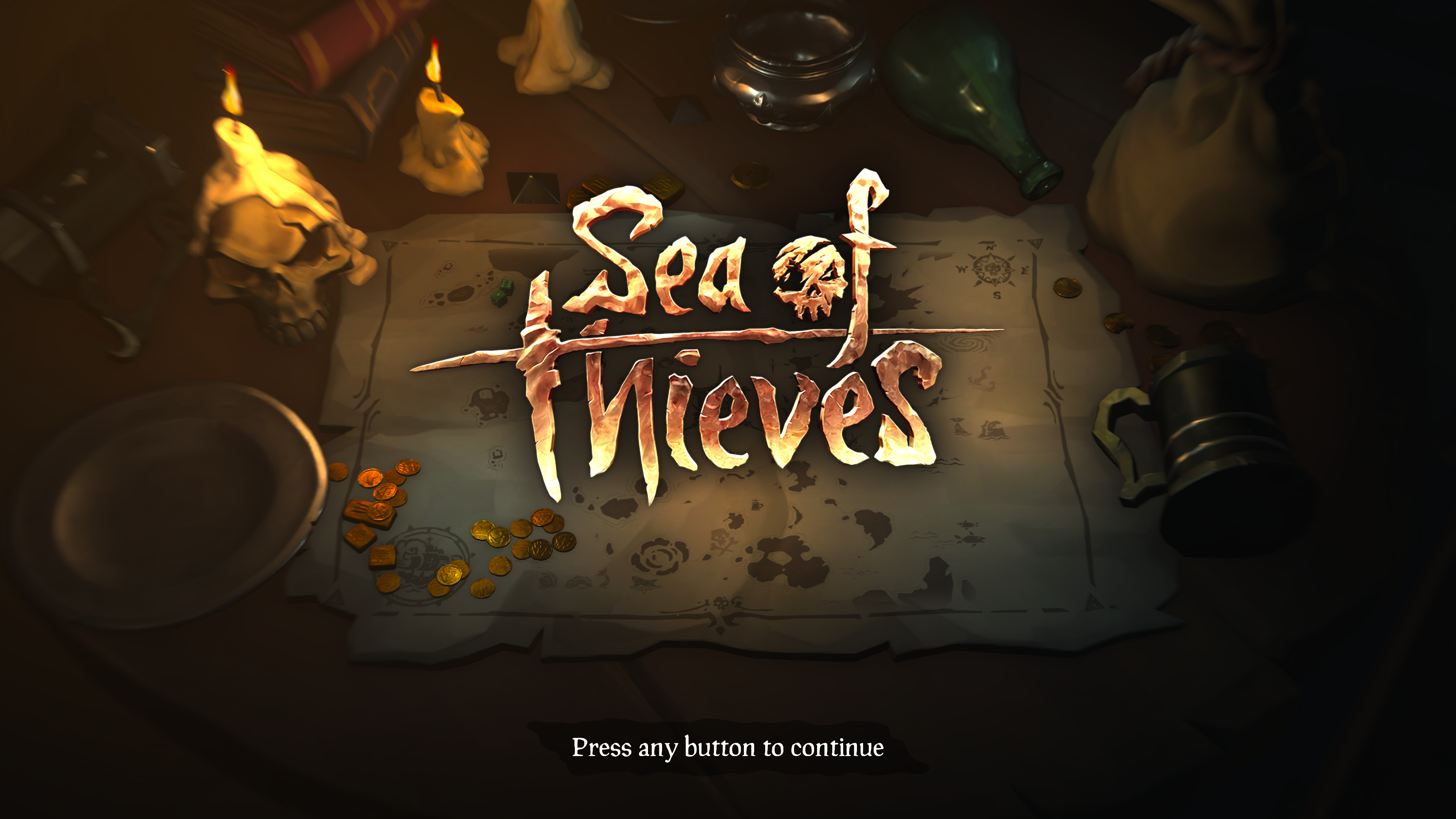 Rare, have also recently gotten in on the act, with the XBox play anywhere title – Sea of Thieves.

One of the first things you will notice when you start to play Sea of Thieves is the lack of any real tutorial system. This at first feels a little daunting, especially when you first try to move your ship away from port. But it helps with the immersion, and it can be a harsh training method. I pretty much destroyed my first sloop trying to get out of port on my first voyage. 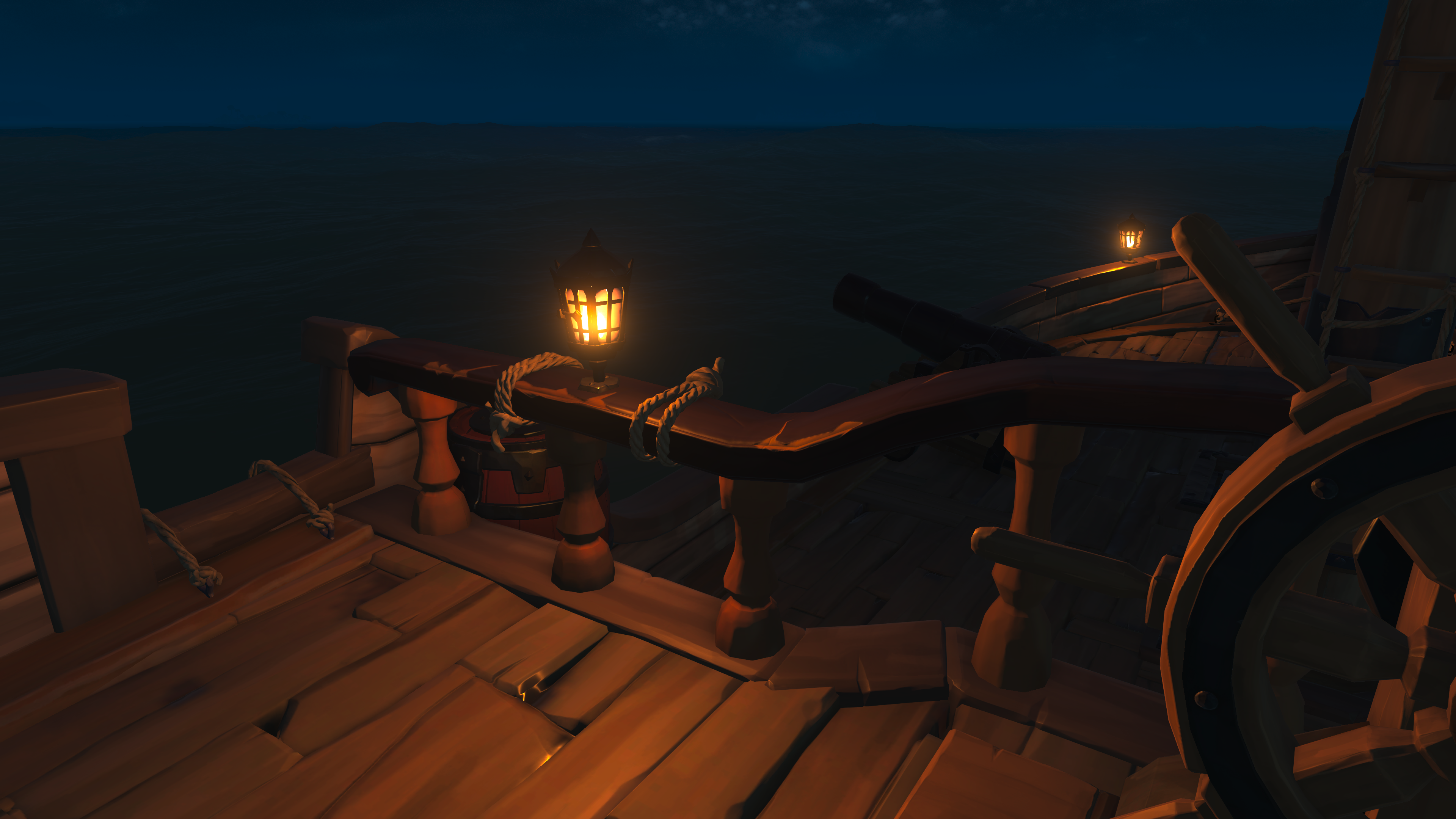 The lack of a true tutorial is refreshing. The joy of finding out how to lift the anchor, set the sails, steer and load your limp body into a canon and shoot it at an island is fantastic. The game itself is online all the time. You can either be solo or get a crew of 3 more pirates to help you on your quest. It is possible to run around on your own. The game allows other players to fight you, sink you and steal your plunder. It makes more sense to crew up with some friends to take on the high seas. This also means you can have a bigger ship. These come complete with a brig to put griefing team mates behind bars. Following a democratic vote by the rest of the crew.

You acquire quests and your crew gets to vote on which one to do. They range from fetch this, carry that. To puzzles trying to locate buried treasures. Once your hold is full of plunder head to a trade post to sell on your ill gotten gains in exchange for pirate gold. Unlike other role playing games, there is no progression for your character or gear. Upgrades are cosmetic and at present are the only thing to spend your money on in game. I do understand why the developers chose to do this. There is nothing worse than buying a new game, only to keep getting destroyed by someone who has had the game longer. Or who has spent real life cash to get an advantage.

Missions can feel a little repetitive at first. But when you all make time to meet online, choose a heading and have some fun with your friends that is soon forgotten. The lack of upgrades also means that every ship (aside from the differences in size) has the same resources and weapons. There is no way you will be destroyed by someone who purchased the top upgrade. This can lead to some quite clever battles as you try to one up someone with exactly the same gear. 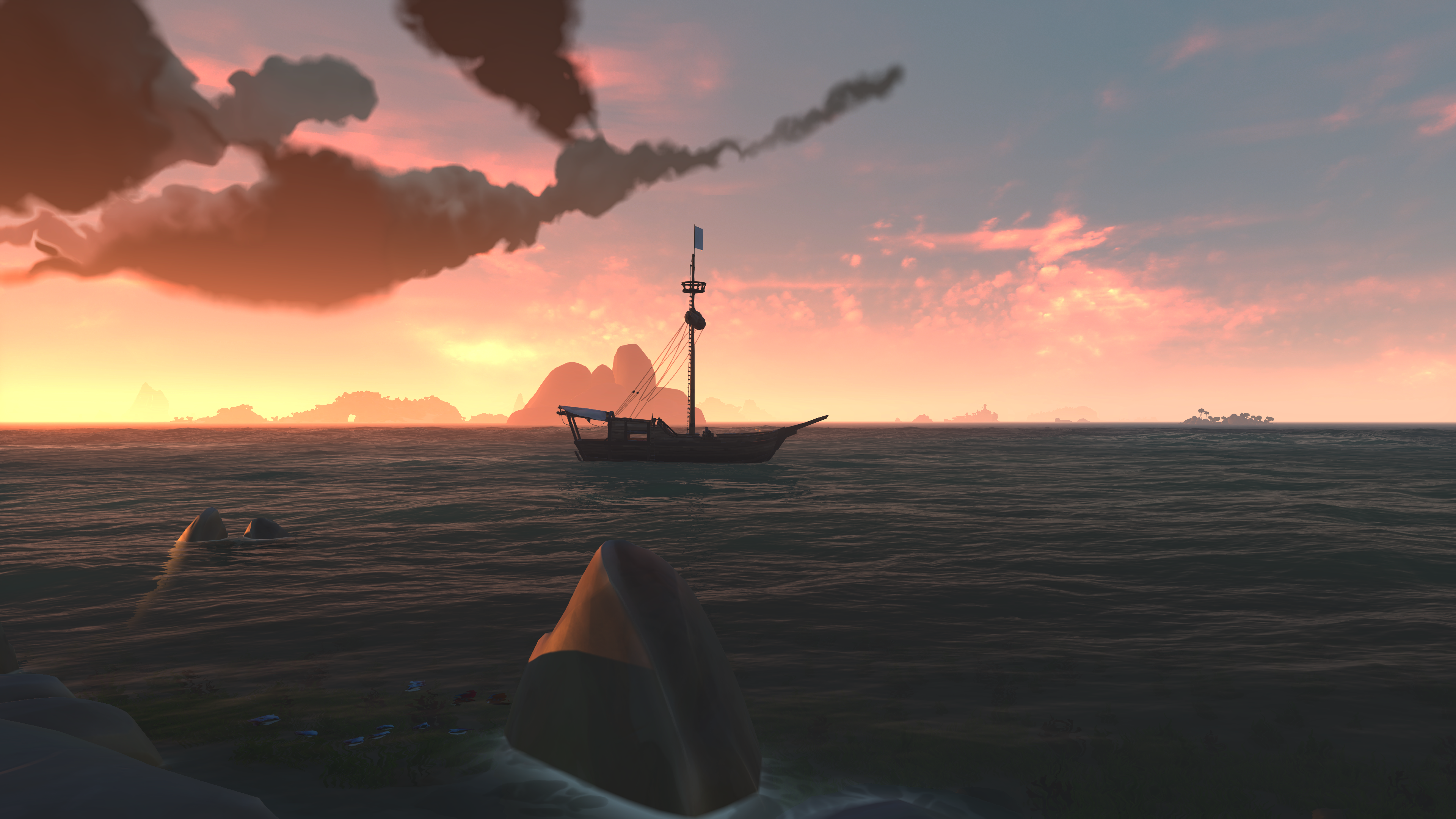 Graphically Sea of Thieves is unparalleled. I do not think I have even seen water animated so well. It looks inviting in a cove, and terrifying in the midst of a storm. The way the weather changes, and without warning is beautiful to see. If you are not careful you and your crew can end up at the bottom of the ocean. Headsets are a must for hurling instructions back and forth. Trying to manage the sails, navigation and bailing out the ship. Also if you are unlucky enough, boarding up the holes in the hull to prevent more water coming aboard.

Overall Sea of Thieves is a great base to start from, and that is what it is, a base. The developers have already confirmed more content is coming. Whilst the game is great it could do with a few more things to do to keep you coming back for more. Unlike most games this should not come in the form of DLC. Sea of Thieves is more a service than an outright linear title. Meaning updates should be free to keep the player base on an even keel.

Whilst not much is know about the direction Rare will take the franchise, they have confirmed that one of the early add ons will feature pets. This will give your character the ability to have a creature of some sort to follow you around on your travels.

In its current form the game is refreshing and you can see the love the team have put into the graphics, the sound and the sheer playability. If you want something a little different and you are fed up with all the standard RPG’s give Sea of Thieves a try, you will not be upset.

Sea of Thieves is out now for XBox 1 and PC via the play XBox play anywhere system and it is also available on XBox games pass.

Like what I do and want to show your support?

Written By
Andy
More from Andy
As the average waiting time to see a GP increases to 7-10...
Read More

All the ways you may need a locksmith

Four Ways to Cheer Yourself up This Winter

What You Should Know About Diabetes and Heart Health

How To Create An Instagram Worthy Festival Experience In 2022

Simple Kitchen Decor Ideas To Steal For Your Tiny Kitchen

Bedroom Decor Pieces You Should Always Splurge On

How to Regain Your Pre-Pregnancy Figure

5 Amazing Tips for Decorating A Room with High Ceilings

Tips For Losing Weight On A Budget

Essential Items You Will Need When Cycling

Supporting Non-profits: Things You Can Do as an Individual to Help