The iconic Guards from the global hit Netflix series Squid Game have been surprising fans at several locations around London today, ahead of this afternoon’s BAFTA TV Awards, where the series has been nominated in two categories. 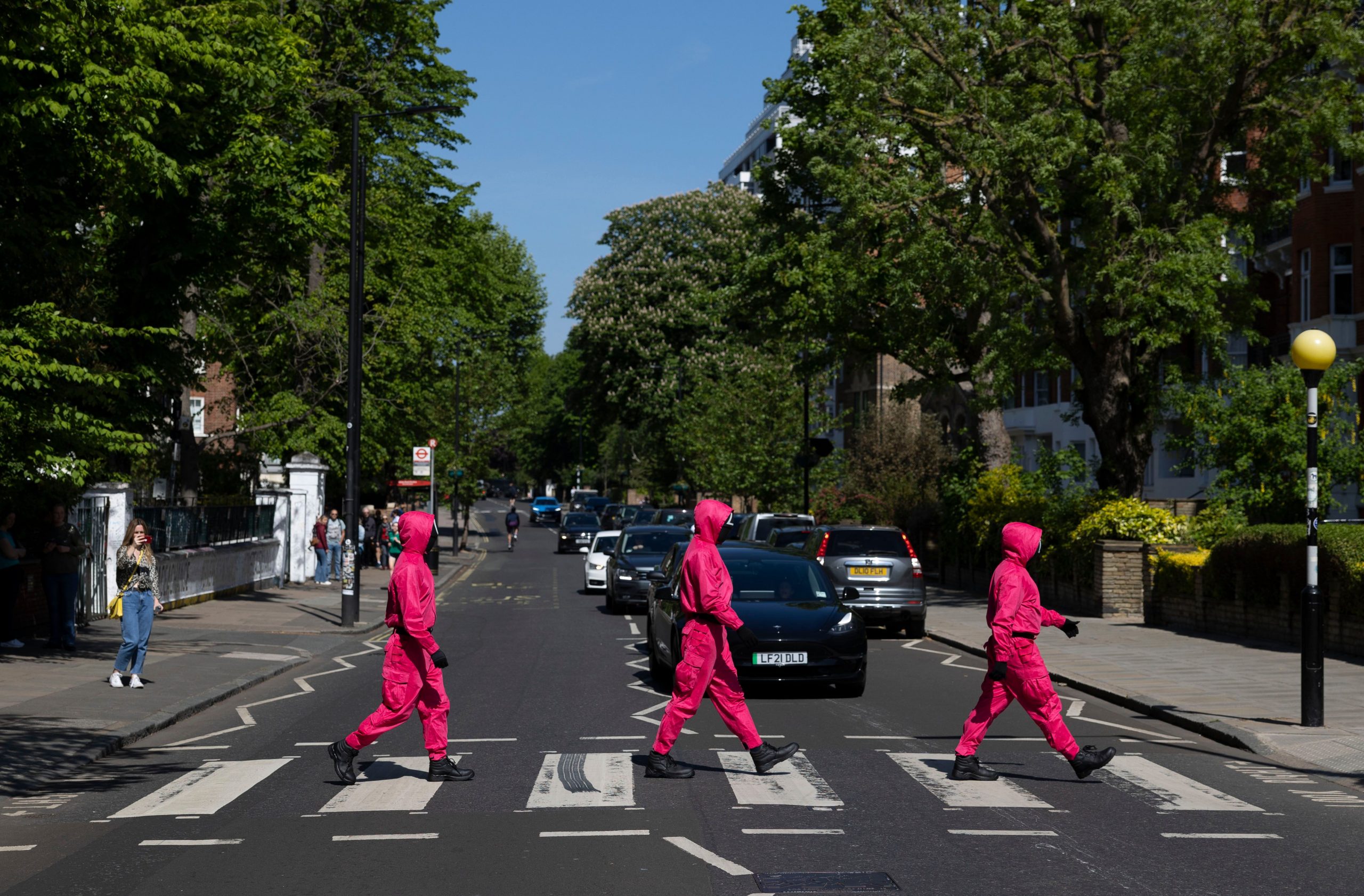 The three costumed Guards posed for selfies and thrilled members of the public at several iconic London landmarks, including Buckingham Palace, where they came face-to-face with a very different set of guards! They were spotted at several busy spots in the heart of London’s West End, including Piccadilly Circus where they captured the attention of elated onlookers and even recreated the famous Beatles album cover at Abbey Road.

The Guards in Squid Game all wear the same base clothing in order to preserve anonymity. Wearing the iconic pink hooded jumpsuit, black gloves and black boots, and a permeated mask to hide their identity, the three Guards in London today each wore a mask displaying one of the three symbols that indicates their ranking.

Last year, Squid Game became Netflix’s most watched series of all time and at this year’s BAFTA TV Awards, it has been nominated in the “International” category and has also received a nomination for “Virgin Media’s Must See Moment” for the Red Light, Green Light game. 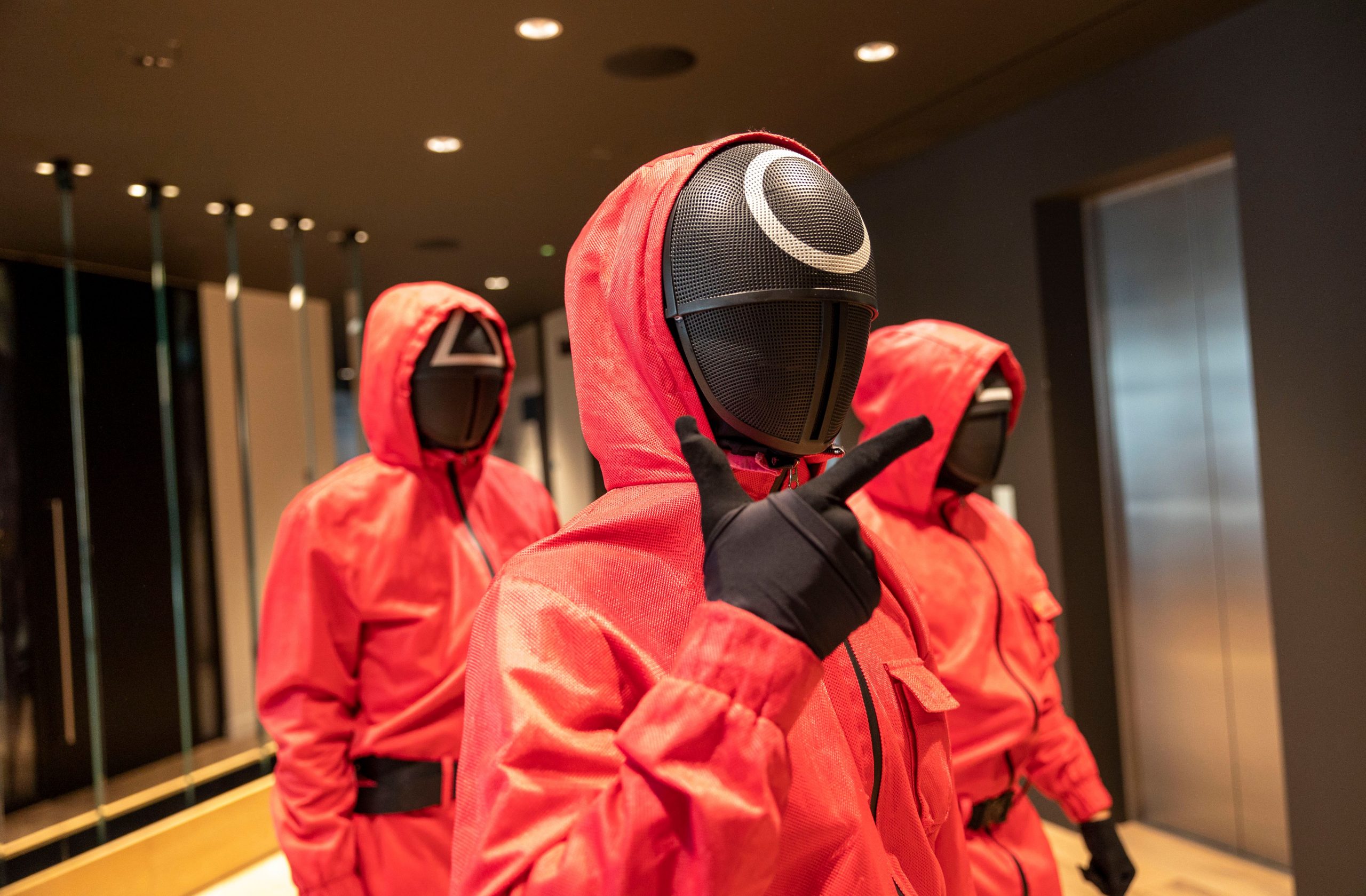 Locations visited by The Guards:

Squid Game is on Netflix now

Written By
Becky
More from Becky
British summer time may seem to be on its way out, but who...
Read More