The National Sea Life Centre Birmingham has teamed up with Disney•Pixar to enable its visitors this summer to share the excitement of Finding Dory!

A special Disney •Pixar Finding Dory event will be hosted from July 16 until 11th September at the Midlands’ based attraction, as well as 11 other Sea Life centres in the UK and Ireland.

Visitors will be led on an interactive trail by one of the new Disney•PIXAR movie’s star sea creatures Hank (voice of Ed O’Neill), a cantankerous octopus.

“Hank will appear in displays right through each centre, revealing amazing fishy facts and providing collectible ‘letters’ which will need unscrambling at the end of the journey to earn a reward,” said event organiser Jamie Turner.

“Like Finding Nemo before it, the new film is likely to inspire an interest in marine life among millions of children, which is why we’re delighted to be associated with it.” 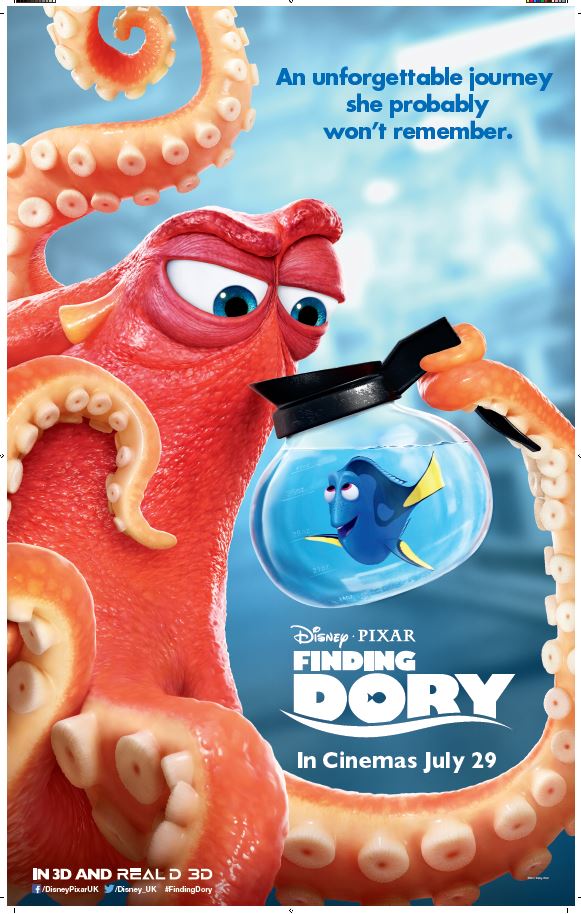 Disney• Pixar’s Finding Dory tells the story of Dory’s quest to find her own family, with the help of Nemo and Marlin and new characters like Hank that she meets at a Californian marine rehabilitation centre and aquarium.

“We have many of the real sea creatures in our displays that the film’s characters are based on,” said Jamie.

“With their help we think we can reinforce the messages which are at the heart of the film, about the importance of looking after our seas and of sharing experiences with family and friends.”

The National Sea Life Centre Birmingham transports visitors to an amazing underwater world, where they get to see incredible sea life from all over the planet, from the coast of Britain and the chilly Antarctic, to the tropical waters of the Caribbean.

The aquarium is home to over 2,000 creatures, such as sharks, as well as a rescued Giant Green Sea Turtle, jellyfish, piranha, octopus and rays.

For further information or to pre-book tickets online before your visit please go to www.SEALIFE.co.uk/birmingham/. Reduced prices are available for tickets booked in advance.

Written By
Becky
More from Becky
Beauty subscription boxes still continue to be popular and recently we’ve been...
Read More