GOING IN STYLE is a hilarious comedy directed by Zach Braff, which stars Morgan Freeman, Michael Caine and Alan Arkin as lifelong buddies Willie, Joe and Al. To celebrate the film arriving on Digital Download, and on Blu-ray™ and DVD on August 14, we’re taking a look at the incredible careers of Freeman, Caine and Arkin. 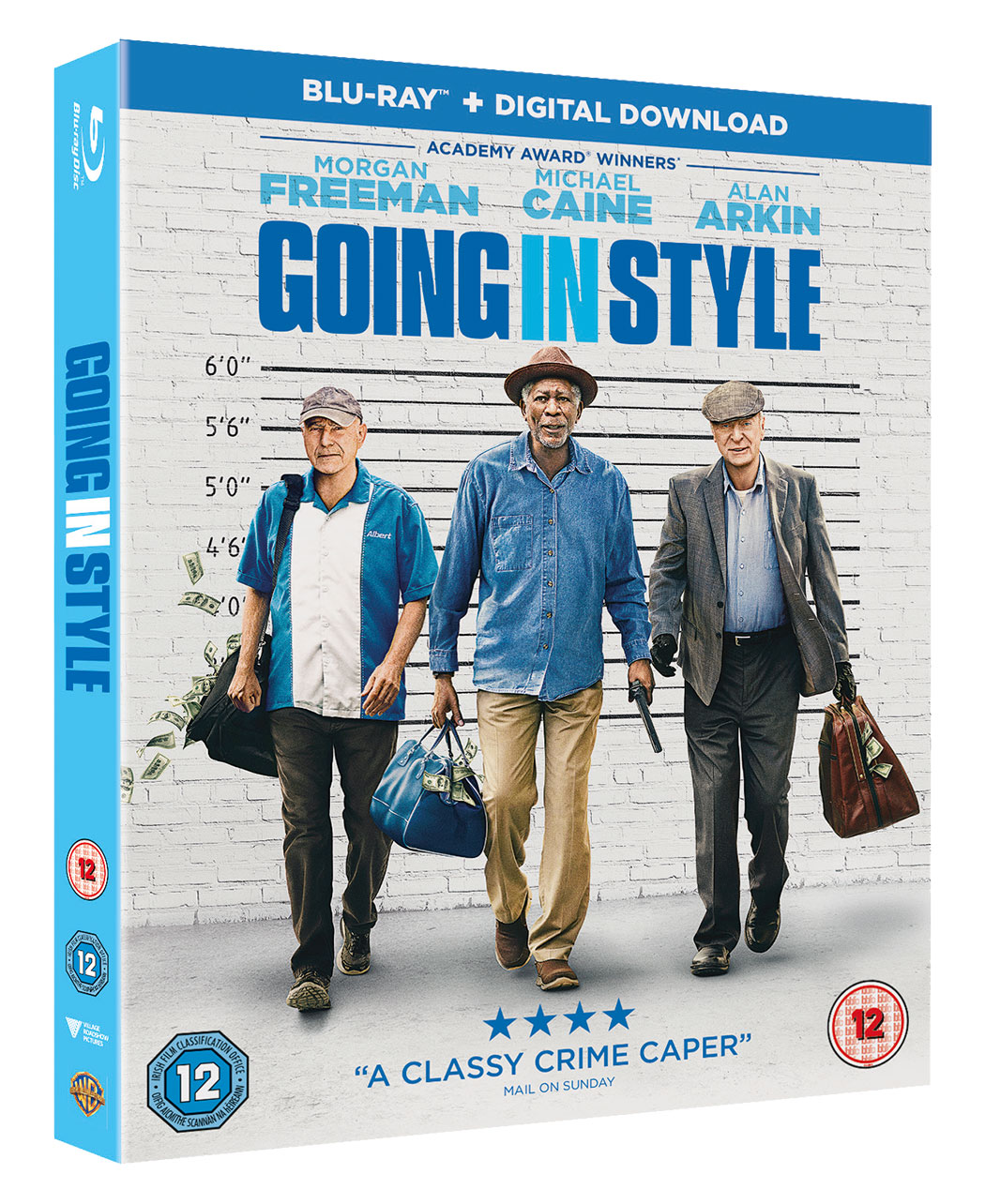 Going In Style Cast: The Careers of Freeman, Caine and Arkin

Morgan Freeman – Morgan Freeman first became known through American roles on Another World and the kids’ show The Electric Company. In the mid-1980s, Freeman began taking on more supporting roles in a variety of feature films and went on to more prominent, larger roles such as the chauffeur in Driving Miss Daisy (for which Freeman won the Golden Globe for Best Actor) and Sergeant Major Rawlins in Glory.

Equipped with one of the most recognisable voices, Freeman has also narrated films including War of the Worlds and March of the Penguins as well as playing a variety of wise and authoritative figures in films such as The Shawshank Redemption, Invictus, and of course, God in Bruce Almighty. Additional film roles include Lucius Fox in Batman Begins and the sequels, The Dark Knight and The Dark Knight Rises, Se7en, Red and Olympus Has Fallen as examples. Freeman won the Academy Award for Best Supporting Actor in Million Dollar Baby.

Michael Caine  – Much like Morgan Freeman, Caine possesses one of the most beloved and imitated voices around. Caine rose up in the 1960s in a series of iconic films such as Zulu, The Ipcress File, Alfie and The Italian Job. After notable roles in film such as Get Carter, Sleuth and Educating Rita, Caine received an Academy Award for Best Supporting Actor in 1986 for his performance in Woody Allen’s Hannah and Her Sisters.

Caine has since remained one of the most respected actors by constantly venturing into new cinematic territory such as the eponymous hero’s father in Austin Powers in Goldmember as well as starring in one of the most beloved Muppets films to date, The Muppet Christmas Carol. Caine is one of only two actors nominated for an Academy Award for acting in every decade from the 1960s to the 2000s and was knighted in 2000 in recognition of his contribution to cinema.

Alan Arkin – Alan Arkin holds a coveted position when it comes to actors starting off their careers: he is one of six to receive a Best Actor nomination in the Academy Awards for their first screen performance (The Russians Are Coming, the Russians Are Coming). Arkin was nominated again two years later for The Heart Is a Lonely Hunter.

From this impressive beginning, he went from strength to strength with a career spanning over 55 years which includes roles in Wait Until Dark and as Captain John Yossarian in the adaptation of Joseph Heller’s black-comedy novel, Catch-22 plus his Academy Award winning role in Little Miss Sunshine (for which he also won the BAFTA Award for Best Actor in a Supporting Role). Arkin also received a Best Supporting Actor nomination in the Academy Awards for his performance in Argo.

Oscar winners Morgan Freeman (Million Dollar Baby), Michael Caine (The Cider House Rules, Hannah and Her Sisters) and Alan Arkin (Little Miss Sunshine) team up as lifelong buddies Willie, Joe and Al, who decide to buck retirement and step off the straight-and-narrow for the first time in their lives when their pension fund becomes a corporate casualty, in director Zach Braff’s comedy Going in Style.
Desperate to pay the bills and come through for their loved ones, the three risk it all by embarking on a daring bid to knock off the very bank that absconded with their money.

GOING IN STYLE IS AVAILABLE ON DIGITAL DOWNLOAD NOW AND BLU-RAY™ AND DVD AUGUST 14.

Ever wondered what it was like to spend a day in the life of someone else? Well today on lifestylelinked, we give you a…