Discover the Emporio Armani #TogetherStronger collection: Emporio Armani Because It’s You / Stronger With You. In 1981, Giorgio Armani imagined and created Emporio Armani as an urban, energetic, positive brand, enamoured with youth and freedom: a more experimental version of his style. Emporio Armani became a line for men and women who are free to do, to create and to love.

From its fist steps, Emporio has become my favorite testing ground. By observing real life, I understood which direction to take. The collection has a young feel but it’s not just for 20year olds, instead it’s for those who, with taste and class, want to feel young at every age. – Giorgio Armani

In 1998, Giorgio Armani created the fist Emporio Armani fragrances embodying this modern approach with multicultural echoes, drawing inspiration from all corners of the world. Presenting a new dialogue of fragrances for him and for her. 2017 is the year for two new fragrances that express this contemporary lifestyle and speak to a new generation. These exciting new scents have been hugely coveted from the day of their release and it’s not hard to see why. 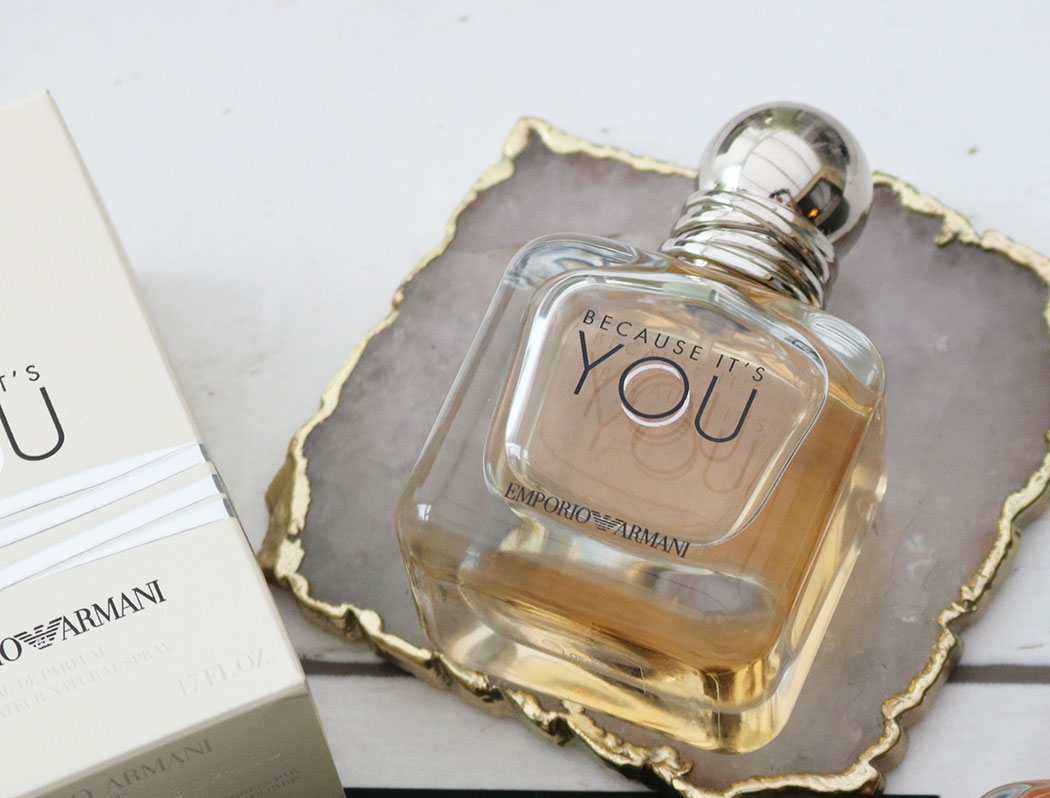 BECAUSE IT’S YOU (for her) – Hers is happy, delicious, sparkling, simply irresistible like a ripe raspberry in its perfect and most elegant naturalness when combined with neroli. Seductive vanilla mixes with musks, revealing a complex and incredibly deep sensuality. This is a fragrance that is unlike anything you’ve tried before. It begins with fresh and bright fruity tones but after wearing for a few minutes dries down to reveal wonderfully sultry creamy vanilla undertones. The raspberry tones really grab you and makes the Because it’s You fragrance one that you’ll be wearing all summer long. The bottle is weighty, sophisticated and perfectly formed.

STRONGER WITH YOU (for him) – His lives in the present, moulded by the energy of modernity. Unpredictable, he surprises with his originality, like the spicy accord in the top notes – a mix of cardamom, pink peppercorn, and violet leaves. with sage at his aromatic heart. Smoky Vanilla Jungle Essence™ mingles perfectly with the sugar coated chestnut accord. The perfect scent for day or night, this is classic and masculine. Both the masculine and feminine scents in the #TogetherStronger collection seem to compliment each-other perfectly and create a modern, confident vibe that is highly desirable.

Buy the Emporio Armani Because It’s You and Stronger With You Fragrances at Boots.com.

Whether you’re a morning person or not, getting up and out of the door on a morning can sometimes feel like a battle! No…