Halloween Kills Trailer and Everything We Know So Far!….. In 2018, David Gordon Green’s Halloween, starring icon Jamie Lee Curtis, killed at the box office, earning more than $250 million worldwide, becoming the highest-grossing chapter in the four-decade franchise and setting a new record for the biggest opening weekend in history for a horror film starring a woman. 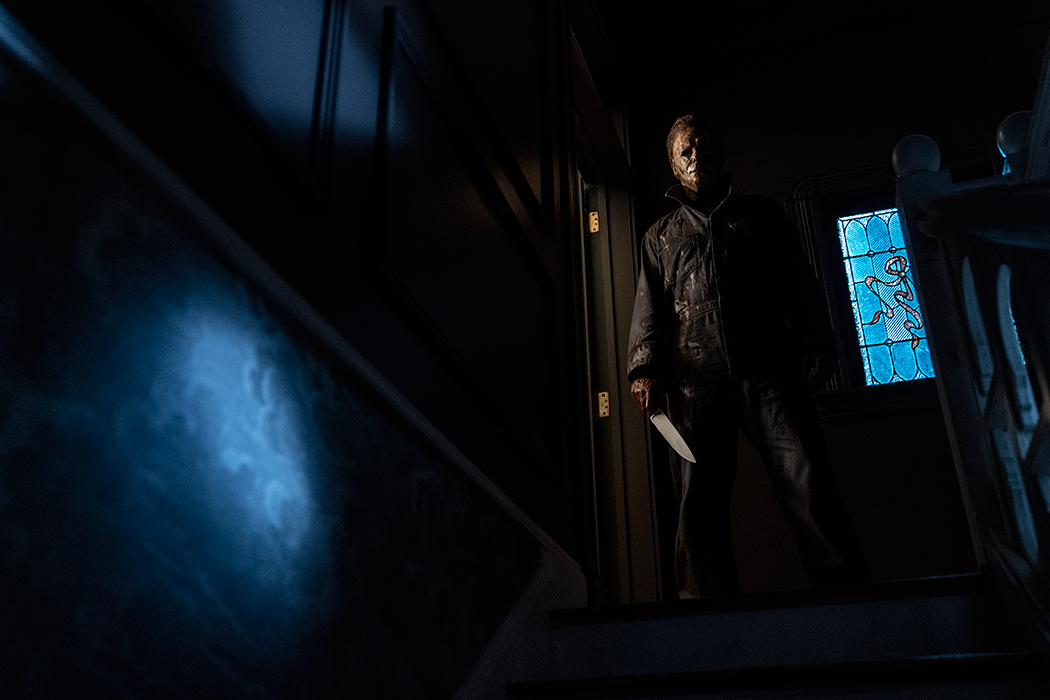 And the Halloween night when Michael Myers returned isn’t over yet. Minutes after Laurie Strode (Curtis), her daughter Karen (Judy Greer) and granddaughter Allyson (Andi Matichak) left masked monster Michael Myers caged and burning in Laurie’s basement, Laurie is rushed to the hospital with life-threatening injuries, believing she finally killed her lifelong tormentor.

But when Michael manages to free himself from Laurie’s trap, his ritual bloodbath resumes. As Laurie fights her pain and prepares to defend herself against him, she inspires all of Haddonfield to rise up against their unstoppable monster. The Strode women join a group of other survivors of Michael’s first rampage who decide to take matters into their own hands, forming a vigilante mob that sets out to hunt Michael down, once and for all. Evil dies tonight.

What we know about Halloween Kills so far and what to expect….

So from the new images and the Halloween Kills trailer it is evident that Michael escapes the trap that Laurie had set for him in the previous movie. With the movie being set just minutes after the first one left off, this looks set to be a thrill ride with Michael Myers being hell-bent on revenge. Expect to see some old faces from the original Halloween films as we already know stars like Kyle Richards (of RHOBH fame) will be reprising their roles.
Halloween Kills looks set to be just as good, if not even better than its predecessor and we can’t wait to bring you a full review just as soon as we’ve seen the movie ourselves. Keep following our social channels and IG @lifestylelinked for movie news, product launches and behind the scenes from exciting events! Read more entertainment news and reviews.

All images and assets © 2021 Universal Studios. All Rights Reserved.

Karcher are a very well respected brand, I will guarantee that someone you know has one of their famous high quality pressure washers. I…