Hang on for the ride of your life as you launch your imagination into a spectacular world of sci-fi action and rugged adventure from the genius mind of creator Joss Whedon! Set 500 years in the future in the aftermath of a universal civil war, Firefly follows Captain Malcolm Reynolds and his renegade crew of the transport ship Serenity – a fiercely loyal team ready to tackle any job, legal or not. But when they unwittingly take on a mysterious pair of travelers, they find themselves constantly on the run, desperate to evade Alliance authorities, flesh-eating Reavers and other hostile dangers in the darkest corners of space. 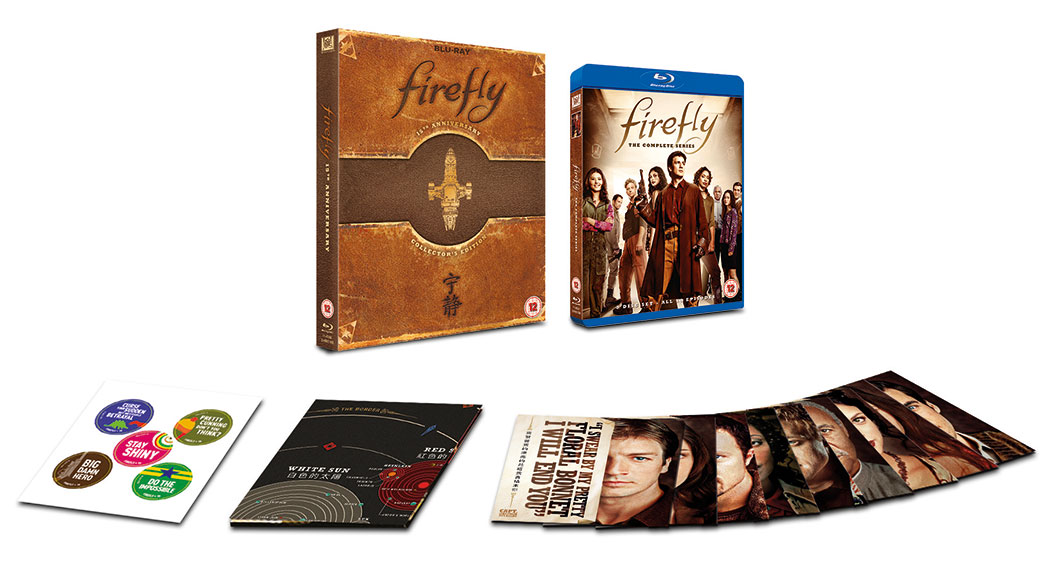 Were you a little bit devastated when Firefly was cancelled? I know I certainly was. So having a new box set release is pretty exciting right about now. I love the idea of having all of my favourite episodes on Blu-Ray and being able to watch them back to back in high quality. This set would definitely be perfect for some Autumn and winter viewing and would make a really great Christmas gift too!

When even the @20thcenturyfox team know how much of a complete geek I am it’s a pretty joyous moment! These are two of my all time fave shows. Buffy The Vampire Slayer 20th Anniversary Edition DVD box set is out today and the Firefly 15th anniversary collectors edition blu ray set is out to buy now too!…. Shiny! Full features will be on the LL homepage shortly. #tv #geek #boxset #buffythevampireslayer #buffy #btvs #firefly #geekfest #geekgirl #discoverunder100k #discoverunder10k #igers #instagood

Disclaimer: please note that unless otherwise stated some items featured have been provided on a review basis and affiliate links are present.

Written By
Becky
More from Becky
The soap bar has become more popular in recent years due to...
Read More