Back in February at The Body Shop At Home (TBSAH) Spring Conference, I found out I was one of three lucky ladies who had been chosen to represent TBSAH for the Children On The Edge Playscheme 2017. I couldn’t believe it when they called my name out of over 1000 attendees. We had to apply for the place by writing a self-nomination highlighting why we think we would make a good addition to the team and what we had been doing to fundraise for Children On The Edge (COTE). 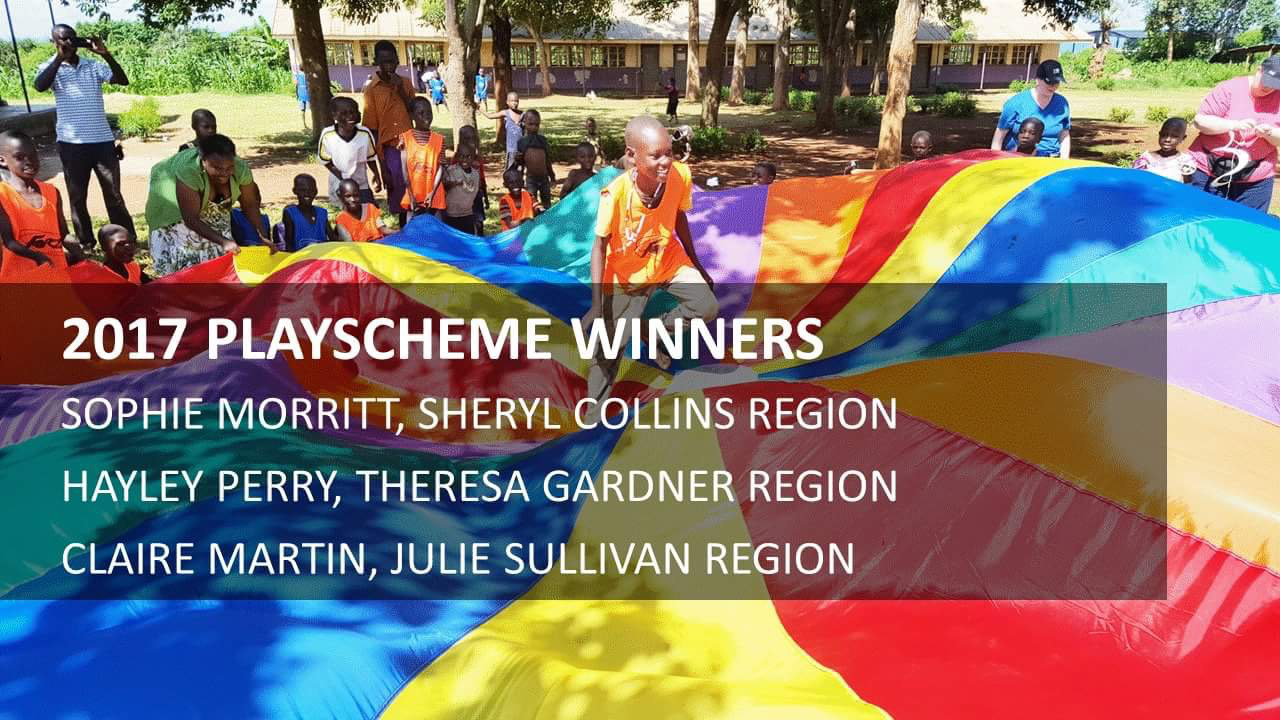 Children On The Edge is a phenomenal charity who exist to help children who are usually forgotten by the bigger charities. They are currently working in:

So fast forward to May, and we set off on the 25 hour journey via Dubai to Uganda! There was a mixture of emotions during those two long flights, not knowing what was going to happen for the next 5 days and how we would cope seeing how the children were living. Day one of the Playscheme threw us in at the deep end, from previous years the first day is always quieter as it takes a little while for news to spread around the different villages. However, by the end of day 1 we had approximately 200 children in attendance. I soon settled in and was blown away by the children! During the week we hosted morning sessions within the Early Development Centre which was built by Children On The Edge for children aged 3-6years. Each day had a different theme and was split into two classes. My personal favourite was the story telling as it was great to read popular books such as Handa’s surprise which I held treasured memories from reading it as a child. Another favourite was when I made the children music shakers from our empty water bottles, the squeals of delight was the best sound that day! 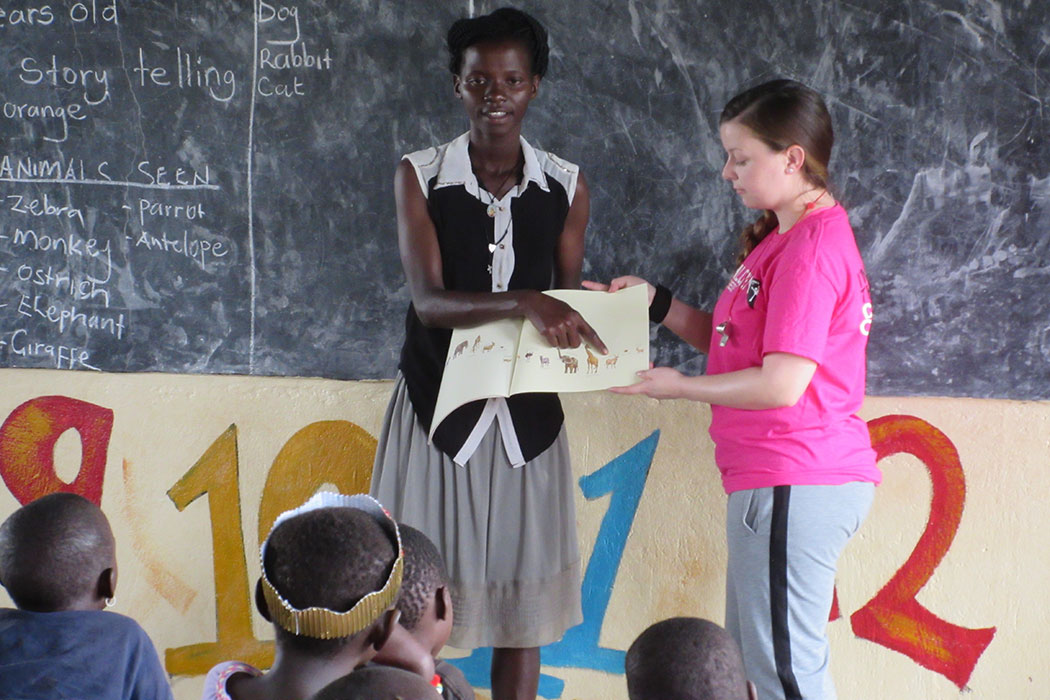 In the afternoon sessions we split the children into groups, by the last day we had over 300 children attending the sessions from tiny babies to teenagers. Some of the activities we helped to run over the week were, making crowns, making sock puppets, putting on a puppet show, football, volleyball, parachute games and so much more. The children made crowns on the Monday and they wore them all week with some arriving on the Friday with them still on! The spirit of the Children is truly unforgettable, they could light up the darkest of days, they are always happy, smiling and willing to learn! 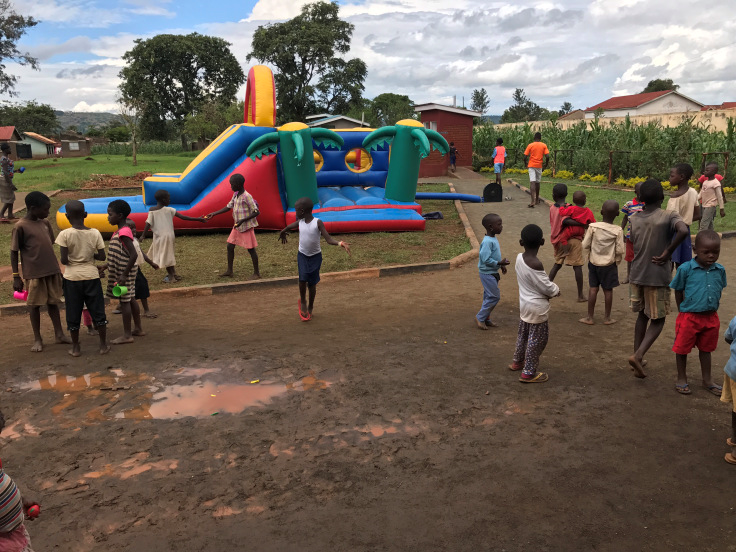 On the Friday, the last day of Playscheme we had a party! There was a bouncy castle, face painter, music and the atmosphere was incredible. I was in the middle of the bouncy castle helping the smaller children and I don’t think I stopped smiling that day, it was amazing and the perfect way to end an unforgettable week, looking round and seeing the children laughing and smiling and knowing I was part of that was so emotional.

During the trip we were also able to visit each Slum such as Works, Masese ll and Loco (where the Playscheme was held). Words cannot describe what it felt like walking through these. You could see the differences between Masese ll which Children On The Edge worked in for 5 years compared to Loco which has been with COTE for 1 year.

We got to meet members of the Child Protection Teams which had been set up by COTE, they consist of locals from the community who work together to protect their local children. Since these have been constructed, child sacrifice cases have been eradicated (for the past three years) as well as domestic violence cases which have been significantly reduced. Not only do they protect they also educate; a previous example was a positive parenting day were they got the children to show what they had learnt within the Early Development Centre and the staff were able to deliver parenting sessions.

Not only do they provide hope to the children, this also passes into the communities with the help of Education Loans of £20, they work with parents of the children in the most vulnerable households to start businesses. Once their business is up and running they pay back their loan and it’s passed to the next beneficiary. We got to meet some of the people who had used the education loan and seen what a positive impact that step up had given their families. 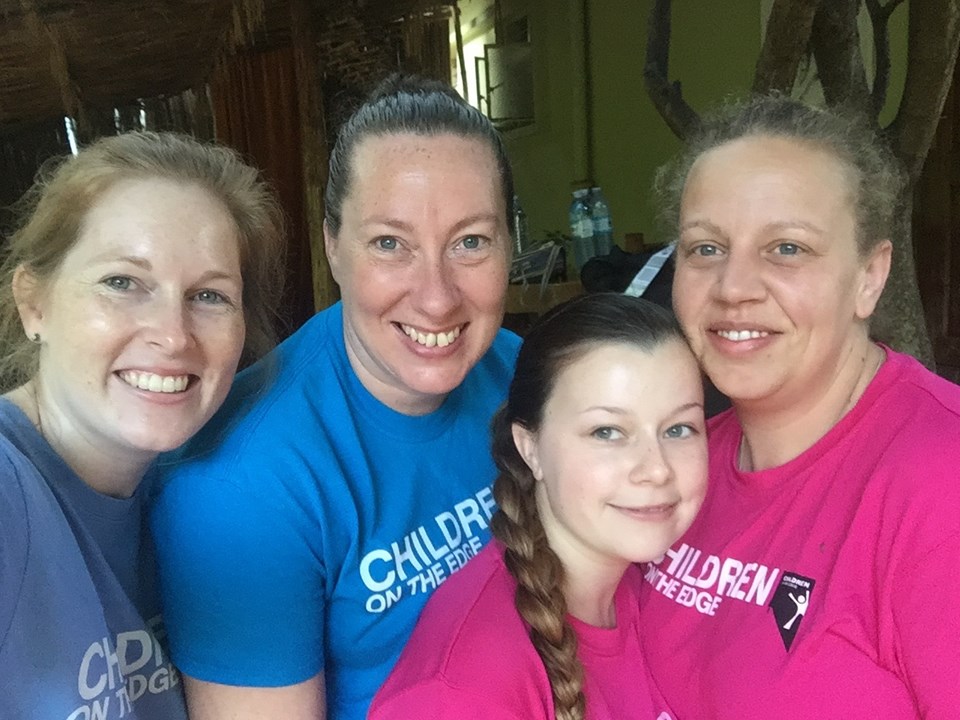 I will always cherish the memories from this trip and never forget those who I had the pleasure of meeting. The work COTE is doing is phenomenal; they empower the people to help themselves which is incredible to see first-hand. I am continuing to push further in my fundraising and have already raised over £600 since February you can find my new just giving page below.
https://www.justgiving.com/fundraising/HayleyPerry18

After a hugely successful national tour in 2017, the Pizza and Prosecco Festival tour 2018 will offer even more fun and entertainment – a perfect…